There are so many different styles of whiskey being produced it would be impossible to cover them all in detail here. We’ll try to cover the basic characteristics of whiskey and discuss the most common types that can be found behind the bar today.

Three of the most common types of American Whiskey are Bourbon, Rye and Tennessee Whiskeys. Other types include Rye malt whiskey, malt whiskey, wheat whiskey and corn whiskey, and most are differentiated primarily by the ingredients that make up the mash they are made of. For the purposes of this conversation we will discuss Bourbon, Rye and Tennessee Whiskey as an example of the types of flavors that whiskey can bring to a cocktail.

Here are the legal requirements that define each type:

As you can see below, the legal requirements are fairly specific and do not differ much by type.

There are relatively few legal requirements for how Canadian whisky is made. In general it has a relatively high corn content and is significantly lighter in flavor and color than American whiskeys, resulting in a spirit that can be more approachable to customers who usually shy away from brown spirits.

Due to all of the reasons mentioned above, Canadian whisky is not a great candidate if you are looking for a spirit to add richness and complexity to a drink. On the other hand, it can be a good “gateway whisky” to help customers bridge the gap into brown spirit cocktails.

While most of the original ingredients’ flavor has been stripped away through the very thorough distillation process, Irish whiskey makes up for some f the flavor loss through requiring quite a bit of time in barrels. The three year minimum gives the spirit quite a bit of time to take on the flavor from the barrel. Still, when using Irish whiskey in cocktails, don’t expect it to have a strong backbone to hold up your drink. It’ll contribute some subtle honeyed and heather notes with slight fruit flavor, but not a lot of assertive character and they are easily overwhelmed by other cocktail ingredients.

Scotch whisky, or “Scotch” for short, is considered the pinnacle of whiskeys worldwide. The most common type is Single Malt, but you may also come across Blended Scotches as well.

How Single Malt Scotch is Made:

How Blended Scotch is Made:

Blended scotch is a great stepping stone into single malt scotch. It is typically a blend of one or more single malt scotches along with less expensive (and less intense) grain whiskey. This results in a scotch that is more approachable in cost and flavor for your average customer.

Japanese whiskey is relatively new to the scene, only starting to commercially produce whisky in the early 1900’s. As a genre, Japanese whiskey is very similar to Scotch, and has in recent years even begun to win international Scotch competitions. The variety of Japanese whiskys available is immense, and crosses single malt and blended varieties.

Since Scotch is both complex and expensive, it is generally not utilized very often in cocktails. Islay scotch is the one exception – since its flavor is so powerful, a very small amount can impart flavor into a drink, making it cost effective. In my experience, scotches are generally reserved for enjoyment neat or on the rocks. 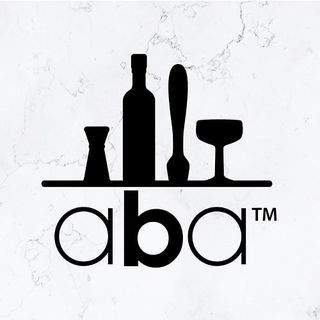